Epilepsy and its Homeopathic Management! 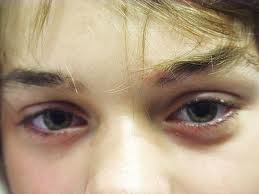 Recently I happened to see many cases of epilepsy in succession and wondered why the number of epilepsy cases is increasing these days? Therefore, decided to write a detailed article on epilepsy and more importantly the homeopathic approach to a case of epilepsy. Let’s begin-

Epilepsy is a disorder that results due to the surges in the electrical signals inside the brain causing recurring seizures. It is a common and diverse set of chronic neurological disorders characterized by seizures. This results in sudden alterations in the behavior or motor function caused by an electrical discharge from the brain.
But all the people who have seizures need not have epilepsy. Epilepsy is a group of related disorders characterized by a tendency for recurrent seizures. One must know about non-epileptic seizures too. These are also called pseudo-seizures, which are not accompanied by abnormal electrical activity in the brain but are caused mostly due to some psychological issue or stress. Therefore, distinguishing between the two is important before case-evaluation is started.

Incidence- About 2 out of 100 people in United States experience at least one unprovoked seizure once in life. However, for a diagnosis of epilepsy to be made, one has to have at least 2 unprovoked seizures. Shortly, one can say that about 0.5 to 1% of the total population is affected by epilepsy and the incidence is sadly increasing. About 30% of cases occur in children. Children and elderly adults are most often affected.

Provoked Seizures- Provoked seizures occur due to some or the other reasons like low blood sugar, trauma, low blood sodium, drug abuse, alcohol, high-grade fever, etc. fever-related or febrile seizures usually start in infancy and the child outgrows on its own by 6 years of age.

Causes of Epilepsy-
As with many neurological disorders, in most cases of epilepsy, the definite cause (from the conventional point of view) cannot be ascertained. Typically however, the known causes of seizures involve some or the other injury to the brain. Here are enlisted some such causes-
1. Low oxygen during birth (asphyxia neonatorum)
2. Head injuries during childhood or infancy or birth of the baby
3. Brain tumors
4. Viral / bacterial meningitis / encephalitis
5. Stroke or any other damage to the brain
6. Abnormality in sodium or sugar levels, etc
However, in majority of the cases, the cause cannot be found.

Risk Factors that may provoke seizures –
1. Heavy alcohol consumption
2. Cocaine or any other drug used for ecstasy
3. Absolute lack of sleep
4. Other drugs that interfere with the seizure medication that the patient is already on
5. Menses- 1 in every 2 women having epilepsy, seizures occur around menstruation perhaps owing to hormonal surges

Clinical Features of Epilepsy-
Epilepsy is divided into 2 basic types- 1. Generalized and 2) Focal

1. Generalized Seizures-
These seizures usually occur without any warning because of abnormal electrical impulses in the brain. Of this, 6 types have been recognized-

(1) Grand-mal (Tonic-Clonic) seizures- The patient often loses consciousness in this type of seizure and may collapse. During the tonic phase, the body becomes stiff and during the clonic phase, body jerks. The patient’s jaw is tight shut and he even might bite his tongue. Due to repeated contractions of the bladder, the patient might have involuntary urination and later falls into a deep sleep. All these symptoms may last for as little as 1 to 2 minutes or sometimes longer.

(2) Petit-mal (Absence) seizure- These are briefer episodes during which classic symptoms are absent but the patient might lose awareness for mere 5 to 10 seconds and stare blankly. However, these kinds of seizures usually occur several times in a day.

(3) Clonic Seizure- In this type, there is rhythmic jerking motion of the arms and the legs, sometimes on the both sides of the body.

(4) Tonic Seizure- Suddenly a group of muscles stiffens in this type making the patient to fall if he is standing. It also lasts for short durations like about 20 seconds.

(5) Myoclonic Seizure- In this type, very brief seizure occurs, due to which your body jerks as if shocked by electricity, for a second or two. The jerks can range from a single muscle jerking to involvement of the entire body.

(6) Akinetic or Atonic Seizure- In this type, the seizure makes the muscles to lose strength or relax. It especially occurs in arms or legs. These seizures are often referred to as “drop-attacks”, because though the patient may remain conscious, it can cause him to fall suddenly and injure himself.

2. Focal Seizures-
They are also termed as local or partial seizures. They are caused by abnormal activity in a specific smaller area of brain. That area is called as seizure focus. They can be of three types again- Simple focal, complex focal, and secondarily generalized seizures.

Diagnosis of Epilepsy-
In the diagnosis of epilepsy, for both conventional therapists and homeopaths, history of the patient and the clinical examination of the patient are crucial. Most of the times, if the symptoms are of classic variety, diagnosis can be made clinically. But in cases of partial or singular variety seizure, one has to do certain investigations like CT scan and/or MRI of the Brain and EEG (Electro-Encephalogram) to find the abnormal brain activity.

Homeopathic Approach to a Case of Epilepsy-
Dealing with epilepsy patient homeopathically is a challenge. The homeopath has to be on his toes while dealing with an active case of epilepsy. However, it can be said that homeopathy can very well deal with these cases, provided the entire case history of the patient (child or adult) is studied carefully. As we often say, constitutional homeopathic treatment is the right option for epilepsy cases. I have always found that even though with our acute remedies act wonderfully well to control the acute epilepsy attacks and avert the recurrence, only apt constitutional and miasmatic study is the way out to CURE the patient.

How History is Important?
Finding out the cause of epilepsy (if existent) like any kind of birth injury or other sort of head injury is absolutely crucial. The cases in which we can trace out the exact cause, further work is comparatively easier. If such external cause cannot be found, one has to go to the core details of the conception of the child, any history during pregnancy of mother and most importantly family history.

Miasm-
The miasmatic study depending upon the family history of the patient is very important. Many theories have been published at many places. But after studying many cases of epilepsy, I have found that though Psora can be called as the basic miasm behind such abnormal brain activities, sycotic dominance in the families is often noticed. Certainly being a generalized variety of disorder, all miasms overlap each other at different periods of time. Even hyperactivity of brain can go under tubercular miasm, especially when the patient has very short duration spells and twitching of different groups of muscles. I can say that while making miasmatic study of epilepsy, one should not generalize but individualize it in every case separately, considering all the aspects that lead to apt miasmatic diagnosis.

Here comes the most important part of the article. As with any other case, classical homeopathy believes in holistic approach for every case of epilepsy. Considering the physical, mental and emotional picture of every patient (whether child or adult) is must while dealing with epileptic cases. If you base your prescription merely on physical symptoms of epilepsy and seizure type, the recovery may be temporary. However, this does not mean every case of epilepsy is begun with constitutional remedy. Rather. Going for the constitutional remedy in the beginning can prove disastrous, if we do not prepare our patient first to receive the constitutional dose well. Yes, it is true of every chronic case that the patient must be in the right time-frame when we administer the constitutional remedy. And also during the treatment, all acute phases should be handled deftly with apt acute prescriptions.

Do not stop anti-epileptic drugs suddenly-

This is a very crucial thing to know for homeopaths as well as parents of the children suffering from epilepsy. Beginning on homeopathic regime does not warrant canceling the drug dosages of earlier anti-epileptic remedies the child may be on. Give the patient enough time to respond positively to the new homeopathic regimen while retaining the earlier dosages. Once the epileptic episodes are decreased with proper homeopathic treatment, we can taper off the dosages after consulting the seizure expert and finally stop the anti-epileptic drugs if patient starts responding very much positively to homeopathy.

Now, herewith we will discuss some of such acute and chronic epilepsy medicines, which can prove extremely helpful in managing the cases of epilepsy—

3) Cuprum metallicum-
·         This is one of the best remedies for epilepsy, recommended by the stalwart in homeopathy- Dr Schwart
·         Very useful in reducing the frequency of attacks
·         Obstinate cases of epilepsy are well-treated by this metal remedy
·         Jerking and twitching of muscles of extremities
·         Cramps in calves can be a very useful concomitant symptom, along with weariness in the legs
·         Aura begins in knees and ascends to hypogastrium or clonic spasms beginning in fingers and toes
·         Patient becomes unconscious with foam at mouth and falls
·         Periodicity is marked
·         Fright can be predisposing factor for beginning of spasm
·         Nausea is a frequent concomitant
·         Worse before menses

10) Ignatia-
·         When any kid of mortification or vexation bring on the attack of spilepsy, even during acute phase, Ignatia can be thought of
·         Rather Ignatia can be used in a chronic epileptic as a prophylactic when she undergoes any such emotional turbulence in life
·         Contradictory symptoms
·         Hysterical epilepsy
·         Hyperaesthesia of all senses
·         Twitching of muscles of face and lips
·         Coffee and smoking aggravate almost always